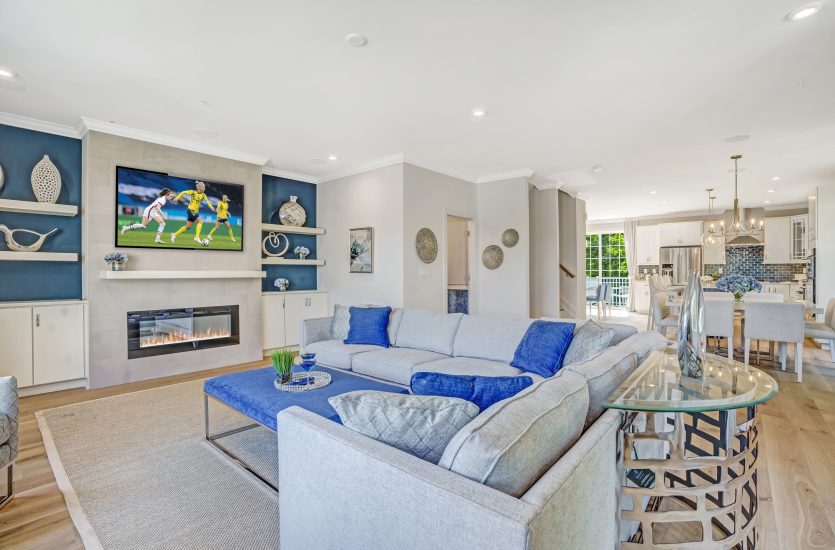 Posted by Veronica DeCrescio on December 2, 2021
Heritage at Middletown
0

The Dorbrook and Chelsea have only 14 homesites remaining.

(December 1, 2021) Middletown, NJ— Don’t miss the opportunity to live in one of two popular plans at American Properties’ Heritage at Middletown in Middletown, New Jersey, voted Community of the Year by the New Jersey Builders’ Association. These desirable plans have only 14 home sites available.

“Heritage at Middletown is ideally located in one of the most coveted places to live in New Jersey,” said Paul Csik, Senior Vice President of American Properties Realty, Inc. “This Monmouth County community offers a highly rated school system, as well as nearby retail, dining, and recreation. With our final phase now open and low inventory on two plans, the Dorbrook and Chelsea, we invite you to act now to take advantage of historically low interest rates on the new home sites.”

The Dorbrook features 2,369 sq. ft. of open concept living space. This spacious three-story home features three-bedrooms and two-and-a-half baths. Laundry is conveniently located on the third floor near all three bedrooms. The first-floor family room can be converted into a fourth bedroom guest suite. Other highlights include a second-floor deck and a two-car garage. The Dorbrook starts from $585,114. View a virtual tour at: https://my.matterport.com/show/?m=KhNtdrHoeG4

The Chelsea features 2,607 – 2,632 sq. ft. of lavish living space in an enviable end location. This charming three-story home features three-bedrooms and two-and-a-half baths. The master bedroom has two walk-in closets and an elegant tray ceiling. The first-floor family room can be converted into a fourth bedroom guest suite. Other highlights include a second-floor deck, a two-car garage, and an optional first-floor patio. The Chelsea starts from $659,190. View a virtual tour at: https://my.matterport.com/show/?m=me6ChGWLU6b

The popular Ellis and Atlantic plans are also available, both having three bedrooms, two-and-a-half baths, and two-car garages. Other features include nine-foot ceilings on the first and second floors, open floorplans, master bedrooms with private bath and walk-in-closets and more.

A community clubhouse opens in January and will offer residents a fitness center, business center and lounge with kitchenette. An outdoor fire-pit, walking paths and two playgrounds are other amenities offered.

Heritage at Middletown is conveniently located off Route 35 and just five miles from the Garden State Parkway. New York City commuters are just minutes from the Middletown and Red Bank NJ Transit® Train Station, as well as bus and ferry service to New York City.

The new townhome community is close to the Jersey Shore, as well as exciting shopping, dining and entertainment venues in downtown Red Bank. Recreation abounds in and around the community, especially at nearby Thompson Park and Dorsett Park (less than one mile away).

Heritage at Middletown families send their children to the highly sought- after Middletown Township Public School District, which is rated A- according to Niche.com.

“Middletown was voted the #1 safest small city in NJ for 2019 in a report by Frontpoint Security, and our community is truly great to be a part of, said Kelly Flanagan, Sales Manager. “I invite you to make an appointment so I can tour the beautiful model homes with you, show you the final phase with the best home sites in the community and tell you more about Heritage at Middletown.”

Heritage at Middletown is located at 2507 Evans Lane in Middletown. To learn more, visit www.HeritageatMiddletown.com or call Kelly Flanagan at 732-533-5150 or email kflanagan@americanproperties.net.